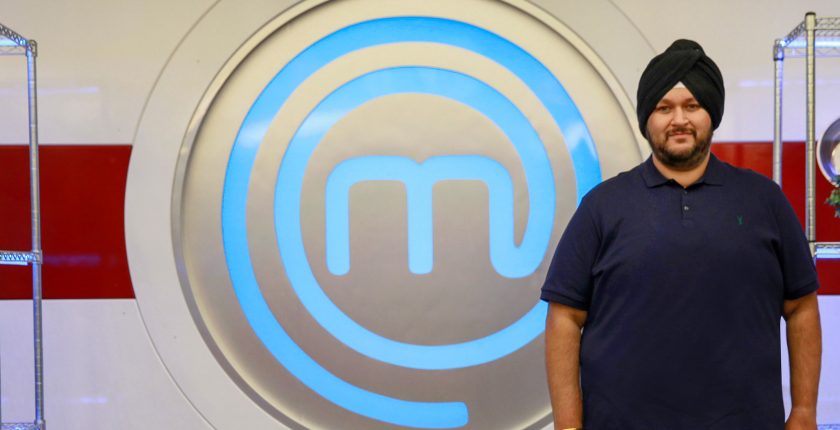 It is not every day that you get selected to demonstrate your talent in front of over a million people whilst trying to maintain a full-time job. This was the situation faced by Jasmeet Dial when he applied, contested, and advanced to the semifinals of MasterChef, one the UK’s most popular and well-known TV cooking contests.

Jasmeet’s rise to culinary stardom, and his journey to the top seven of over seven thousand aspiring chefs, is a combination of raw talent and well-done flexibility. Having become interested in cooking around 15 years ago whilst at University as a Graphic Design student, Jasmeet’s passion for trying out recipes and different cuisines began to flourish.

Fast-forward to 2020 and Jasmeet has upped the bar. Working in London as a Graphic Designer with Synergy Vision, a cutting-edge medical communications consultancy, and at the same time wowing judges with his cooking on BBC’s MasterChef and living the culinary dream.

Jasmeet is obviously an exceptionally good chef but, with filming sometimes lasting days, he largely attributes having been able to make it so far in the competition to the support of Synergy Vision. “I don’t believe I would have been so successful, had I not had such an amazing team and a company with a great work ethos behind me”, Jasmeet told Four Day Week.

Following a successful pilot study, Synergy Vision has been employing a flexible work schedule for its employees which not only impacts positively on productivity in the workplace, but has also provided the opportunity for Jasmeet to pursue, rather successfully, his passions outside of the office.

Flexibility at work the key to success

During the filming of MasterChef 2020, Jasmeet arranged his four day week to fit in with Synergy Vision, organising his schedule to fit around the competition.

“Having the 4-day week in place allowed me to work around the schedule of the show. As the show was mostly filmed during the week – I could utilise my day off for when it was my day of filming. Because I started at Synergy Vision late in the year, I didn’t have a lot of annual leave at my disposal, therefore the 4-day week was perfect!”

This seems like it could have been an incredibly busy schedule, even with an additional day off, but Jasmeet insists that there were “no major difficulties at all” because at Synergy Vision “we also operate a flexible working environment. So, if there were times where I was required to be part of the show two days in a row, with the help of my team, we would plan ahead, and work was managed accordingly.”

Since laying down his whisk, on the BBC studios at least, we asked Jasmeet if the experience had changed his career path as a graphic designer and if he now had plans to become a full time Chef.

“I have no immediate plans on becoming a chef, but having achieved this great platform of becoming a MasterChef semi-finalist, I will definitely want to do something food related in the future, whilst still continuing my role at Synergy Vision.”

It seems that the future is very bright for both Jasmeet and his employer Synergy Vision, with both continuing to benefit from a positive combination of talent and flexibility in the workplace.