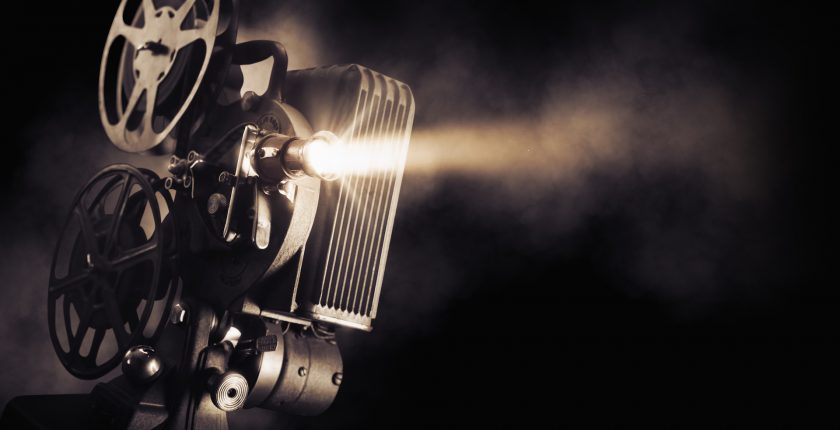 Ten films to help you ‘unwind’ when working from home

I know there are a lot of film recommendations out there, so I’m going to keep it simple and give you some of my tips for great films which may have flown under the radar. These aren’t all, as the title suggests, that relaxing, but challenging and may provide some welcome distraction in the coming weeks.

Having been working remotely for several years now, I’ve found my film consumption has dramatically increased from what was probably an already unhealthy level of sedentarism. From Hollywood blockbusters to the depths of Korean cinema, I’ve had ample time to sit back, relax and watch some great films (obviously performing some major HIIT routines in between…).

To make this blog worthwhile for everyone, I’m going to try and include a range of films from across the world. If you’ve got any better recommendations, let me know in the comments!

In no particular order…

A delightful film about loneliness, bitterness and friendship. Ove, a Swedish retiree, spends his day enforcing rules in his community, visiting his wife’s grave and reflecting on his past. One day, to Ove’s dismay, new neighbours make themselves known when they accidentally knock over his postbox. The story follows the ups and downs of the relationship that follows.

A superb film which I could watch several times over. Set in Iran, this film follows the turbulent relationship between husband and wife, Nader and Simin, as they try to shield their daughter from the discomfort that a separation can bestow upon a child. An extremely strong subplot solidifies this film’s place in a number of film critics’ recommendation lists, and rightly so.

My favourite film of all time and, whilst perhaps not perfect in the current climate, it is a film that must be watched (at some point). With the sequel on the horizon – Peninsula – this film has gained more notoriety recently due to a big PR push. The king of the zombie films, it follows Seok-woo and his young daughter on a train journey to, well, Busan. Disaster strikes when a plague hits and people across the country become infected with a zombie-like virus. They battle, against the odds, to fight for their survival.

Call Me By Your Name

Probably a film which many have seen, but a masterpiece nonetheless. The film focuses on a summer of love experienced between two young men, Elio and Oliver, who come from very different families. Set in Lombardy, Italy, this romantic film makes everyone dream of summer and the adventures that lie ahead. If you haven’t seen it, it’s highly recommended in the current climate as it’s a feel good film with some epic music included to boot.

This film emphasises that you don’t need money to do good. The film portrays the life of Lara, a single mother who struggles from day-to-day to provide for herself and her son. As things improve, she gets a job at the Icelandic deportation centre. Here she meets Adja, an asylum seeker from Guinea-Bissau who faces deportation back to her home country. Does Lara risk her livelihood to help a stranger? Take a look for yourself!

With Australian cinema making some major waves in the film world, it speaks volumes that this film from 2010 still stands out. It also had a series created based on the original film. After the death of his mother, teenager Joshua moves in with family members who are on the wrong side of the law. Inspired by real life events, the story follows the rollercoaster Joshua’s life becomes after he moves into the toxic environment created by his uncle.

A french thriller, this film follows Alexandre, a doctor who still mourns the death of his wife, Margot, from eight years before. After he’s implicated in the murder of two people, he’s also informed that his previously deceased wife is in fact alive. With a simple note saying ‘Tell no one” and police hunting him down, he makes a run for it. A compelling story which will keep you on the edge of your seat until the la fin.

The Boy Who Harnessed The Wind

A heartwarming film based on a true story, it follows the life of a young school boy, William Kamkwamba, who is entrepreneurial by nature. Spending his time fixing radios for his neighbours and finding useful ‘waste’ at the landfill, he puts his skills to use when a drought hits. Tensions rise as his family struggles for food and are unable to afford William’s school fees. The story follows the inspirational tale of a young boy who sets out to save his family and his community.

A great film following the relationship between Jin and Casey. Jin’s father, a world famous architect, falls ill during a speaking tour, leaving his son with nothing to do but wait for news on his recovery. During this time he explores the city of Columbus and its plethora of famous buildings, with the help of architecture enthusiast Casey. As their friendship develops they learn a lot about each other’s struggles in this intriguing drama.

A must see film set in Denmark, this film follows the life of Kindergarten teacher, Lucas, after he is accused of performing a criminal act in front of one of his students. The film depicts the aftermath of the accusation and how a community, who once held Lucas in high regard, turns on him whilst he battles to prove his innocence. The Hunt is a film which will keep you enthralled from beginning to end.

If you’ve come across any other great films whilst you’ve been stuck in the house, let us know in the comments!