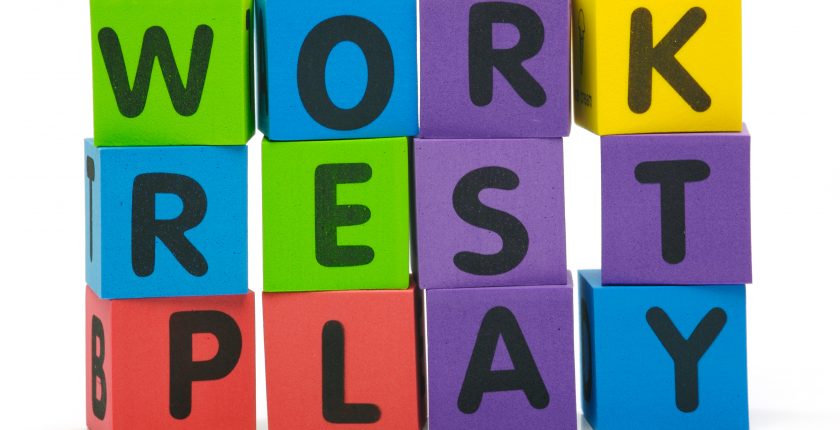 The idea for the three-part day was introduced in the 1920’s to offer some welcome respite for industrial workers accustomed to the long factory hours. Today it continues to be considered the norm, despite the colossal changes that have occurred over the past 100 years. Is the concept of equal work, recreation and rest really still the key to a healthy and fulfilling human life, and one which is impervious to developments in technology and societal shifts, or is it an institutionalised mantra slowly losing relevance in the modern world?

Looking at these three elements, it seems to still be fairly well supported in the scientific world that we need to rest for up to 8 hours per day. Evidence suggests that day-to-day performance and longer-term general health seem to benefit from between 6-8 hours of sleep per night. This leaves the question of whether we need to simply divide the rest of the time we have per day between work and play.

The idea of the three hour day

During the 1930’s, and only shortly after workers had just started to get used to having 8 hours of leisure for each day of the working week, it seemed that the sky was the limit for those projecting giant strides in to a more leisurely working life.  In the midst of the Great Depression, British economist John Maynard Keynes’ boldly predicted that the three-hour working day to be the norm by 2030. He proposed that increased recreation would correlate with the progressive rise in living standards in some countries.

The continuation of the 8 hour day

Fast-forward 100 years from Keynes and working less still means earning less. A 3 hour day may only just cover the rent for most and does not correspond to our consumer demands. The connection between longer hours and higher pay, allowing higher levels of consumption, is most evident for jobs payed on an hourly basis.

For those working on a fixed-hours contract of 40 hours per week, this also provides a limit to the minimum and maximum number of hours that a worker could be expected to work. Go under and get fired or go over and get paid overtime (or only avoid getting fired); the incentive is inbuilt.

In addition to this, many people actually enjoy their work. Yes, you read that correctly. Fulfilment from being part of something productive, utilising skills and talents and the social aspects of the workplace make work an enjoyable domain for many.

Input in a workplace no longer necessarily reflects the fixed-hours employment contracts and many admit to working longer hours due to a sense of pride and achievement in doing their work well.

Moving away from counting hours

Looking at the 8 hours of dedicated leisure time, we associate wealth with having more leisure time which is where Keynes prediction was probably correct. His idea of a 15 hour week was based largely on the wealthy who would, with time, amass enough property and land to sit back and work less. For the rest of society, we still live on the basis of being time rich and cash poor or vice versa.

Taking all these things in to account, what we seem to have in many countries is the potential for people working on a fixed salary to shift to a production-orientated approach, rather than a fixed hours basis. As people enjoy their work, so they become dedicated to doing their best and performing at a high level. Evidence shows that increasing leisure time without the penalty of reduced salary acts as a catalyst for happier and more productive workers.

Some employers have already recognised this and actively reduce working time in order to maintain or increase the productivity of their employees. This allows a certain amount of Keynes’ prediction to come true, with leisure time overtaking the standard 40 hour working week as office hours become less relevant.

The result of this makes wages less time-dependent, instead focusing on performance with leisure time as an incentive. Keynes may have thought that machines and robots would have taken over the working week by now but, until they do, flexibility in the working week could be the next production revolution.